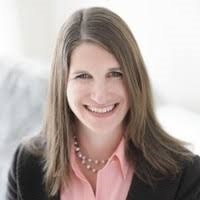 CLIENTS IN THE NEWS: Allison O'Kelly

Childs Company is proud to highlight and say congratulations to our friend and client Allison O’Kelly and her firm Corps Team for being named by the Atlanta Business Chronicle as one of Atlanta’s Top 20 Women-Owned Firms. Allison graduated with an accounting degree from University of Georgia, and began her career in the audit practice at KPMG. Allison later attended Harvard Business School and received an MBA. After spending a few years at Toys “R” Us she founded Mom Corps in 2005 with the initial purpose to match working moms with flexible roles in the work force. The parent company, Corps Team, has continued to grow and now includes full-time search and HR advisory solutions.

Allison isn’t the only successful person in the O’Kelly family. Her husband, Shane, served as a Captain for seven years in the US Army, which included graduation from Airborne and Ranger schools. Shane also received an MBA from Harvard Business School and has served as a Senior Executive and CEO with various companies including AH Harris, PetroChoice, and currently serves as SVP at Home Depot.

Allison and Shane live in Atlanta, GA with their three sons.